Turkish Citizenship with Investment Scheme from a Turkish Tax Perspective

Ketenci & Ketenci is a leading Turkish law firm with a top-tier global reputation in both advisory and contentious matters.

Our team of international lawyers and advisors combines dynamism with a 40-year senior experience in legal practice. We offer an international approach when providing comprehensive legal services to our well-respected clients globally.

Our CEO, Mr. Güvenç Ketenci has attended UGlobal Citizenship Conference in Dubai, and talked about Turkish Citizenship by Investment in E2 Panel with other prominent lawyers from the US.

We represent our clients in a wide range of disputes on commercial, corporate, real estate litigation as well as debt collection matters...

Ketenci&Ketenci is consisted of the lawyers who are specialized in a range of alternative dispute resolution (ADR) techniques...

We advise our clients on several aspects of corporate, M&A and company law and commercial law related matters. We assist our...

Ketenci&Ketenci is a leading law firms in Turkey on Energy law. Our clients include multi-national Oil & Gas companies, prominent...

We represent our clients in relation to their real estate investments in Turkey. Weprovide significant advice on Turkish real estate law...

As a full service Turkish law firm, we provide advice to foreign investors to develop strategies for operating in Turkey under the most suitable...

Our team of international lawyers and advisors assists our clients and their families to determine the most appropriate 2nd citizenship...

We assist our clients for preparing and drafting contracts relating to any labor documents as well as contracts between trade unions...

Ketenci&Ketenci stands amongst the leading construction law firms in Turkey.We act on behalf of our corporate clients on numerous...

As Ketenci&Ketenci, we are involved in all aspects of asset financing for clients in the shipping globally advising a diverse range...

Aviation regulation and liability is one of the niche practice areas involving only a group of highly skilled legal counsels. At Ketenci&Ketenci...

We work closely and advise leading global Private Equity funds as well as investmentbanks and family offices. With a deep understanding...

Citizenship Law Firm of the Year in Turkey Award

As Ketenci&Ketenci ILP, we have been awarded as the Citizenship Law Firm of the Year 2018 in Turkey by the respected Lawyers World media. LW annual awards mark excellence for the world’s leading law firms, nominated firms are independently judged to ensure the the best firms are chosen each year for every practice. Speaking on the courtesy of awards, Ketenci&Ketenci's Managing Partner Mr. Güvenç Ketenci told that: "We have successfully initiated several applications and obtained citizenships for our clients within the Turkish citizenship by investment scheme in 2018, we are therefore very pleased for being awarded such prestigious award and named amongst the other leading and expert advisers from around the World. This award will further increase our motivation to provide best legal services on Turkish and global citizenship and migration matters to our clients".

As a Tier-1 firm on Litigation, Arbitration and Dispute Resolution in Turkey, we provide advice and represent our corporate clients before Turkish courts on several complex commercial matters and disputes.

We also regularly represent our clients before international arbitration bodies such as ICSID, ICC as well as ad-hoc arbitration tribunals. We can provide litigation finance solutions on large arbitration cases through our network of litigation funders based in London.

Within the last year, we have strengthened our position with representation of new international clients before Turkish and International courts. Our commercial litigation practice has therefore strengthened and expanded with new assignments from our clients based in the US, UK, Netherlands, Germany, Italy, Canada and also China, Malaysia. We have advised extensively on commercial, corporate, real estate, energy as well as white collar criminal disputes.

As Ketenci & Ketenci, we have advised a European Private Equity fund in relation to their commercial real estate acquisitions in Turkey, UK and Europe.

Whereas we have strengthened our commercial law practice with the assignment of new matters from international clientele and addition of new litigation partners and advisors on commercial and corporate litigation.

We have also been representing Turkish Wind and Solar project owners and matching them with foreign investors.

As Ketenci & Ketenci, we have also recently advised a leading Spanish Solar Energy company in relation to their solar power and photovaltic investments in Turkey.

Ketenci & Ketenci has been advising one of the leading Chinese Solar Energy companies in relation to their corporate entrance to Turkish market.

Ketenci&Ketenci has been rendering legal services to a leading Canadian governmental financial institution with respect to aircraft finance matters in Turkey.

Ketenci & Ketenci have been advising a leading US climate systems company on their merger with an Istanbul based Turkish company.

We have started working together with one of the preminent Japanese funds in relation to their investments in Turkey.

Despite the geopolitical uncertainties looming in the year ahead, the outlook forEuropean real estate remains positive with a broadly supportive economic backdropand bullish market sentiment. Even Spain, one of the hardest hit European countriesduring the 2008 financial crisis, has come back strongly and is now seen as one ofthe stable investment bets in the region.

“Germany replaces the UK as Europe's Number 1 safe haven’’A number of institutional investors are betting on Germany as one of the winninglocations and they are not alone. Transaction volumes in Germany overtook the UKfor the first time in 2016 since 2012, due to the cooling down of the London market inparticular. Thomas Barrack, CEO of US private equity company Colony Capital, andincidentally one of Trump’s key advisors, believes that Europe as a whole representsa big opportunity. Interestingly, his firm has also been targeting Germany, inparticular Berlin, as well as markets such as Ireland, our CapitalWatch editor RobinMarriott writes in his monthly.

For 2017, Hutchings sees room for prime yields in Western Europe to tighten by 30-40 bps while rents are set to rise by 2-3% across the board. Spain in particular is wellpositioned for the coming years, our Madrid briefing heard. Following its new-foundpolitical stability, the country is heading for a period of sustained and sustainablegrowth as it continues to move from being one of the most uncertain to the moststable market in Europe. As David Brush, chief investment officer of MerlinProperties, put it: ‘Spain is the adult in the room.’

Despite the many political and economic uncertainties clouding Europe’s future, thereal estate industry is upbeat about most of its major markets. But Brexit is re-shaping the European real estate map.

Enacted on 12th January 2017, Ankara will grant citizenship to foreigners who buy atleast USD 250.000 worth of real estate or have at least USD 500.000 deposited inTurkish banks, under the condition that this money won’t be withdrawn and the realestate sold for at least 3 years. After the July 15th attempted coup there has been aslowdown in foreign sales, and the government hopes that this new policy will act asan incentive and attract foreign buyers.
http://www.ketencilaw.com/turkey-citizenship.html

On July 20, 2016, a new appeal procedure has entered into force in Turkey withrespect to the relevant articles laid down by the Turkish Civil Procedure Code, namedas “İstinaf Mahkemeleri” in Turkish. In this regard, 7 regional courts in major cities(İstanbul, Ankara, İzmir, Antalya, Erzurum, Gaziantep, Samsun) have beenestablished initially and the previous appeal system has been changed. Decisionsgiven by the Turkish Courts of First Instance prior to July 20, 2016 will however besubject to the former appeal system
http://www.ketencilaw.com/new-turkish- appeal-system.html

The EB-5 investor visa is a green card option for a foreign entrepreneur who is willingto buy or start a business as direct Investment or to invest in a job-creating project inthe USA.

The bill regulating such program was originally due to lapse on September 30, 2015but was extended several times over the year. Prior to the expiration of the mostrecent extension until December 16th 2015, the US Congress was consideringvarious immigration bills that would renovate the EB-5 program. Some of thechanges that were being discussed within that scope was as follows;

However, the EB-5 program has been renewed in its present state until September30, 2016 with no changes, as there were many controversies going on the proposedamendments and it became clear that certain points of the draft needed furthernegotiation, comment, and study.

The upcoming months will be critical in ensuring that members of the EB-5 industrywork together to ensure that meaningful reforms take place that will protect allplayers of the industry
http://www.ketencilaw.com/us-eb- 5-program.html

Turkey’s Ambassador to Azerbaijan has announced that the the Trans-AnatolianNatural Gas Pipeline (TANAP) Project is ahead of schedule, and its completion maylikely be earlier than the projected 2018 date. TANAP will bring natural gas primarilyto Turkey, but will also supply other European countries via the Trans-AdriaticPipeline (TAP).

The International Court of Arbitrage ruled in favor of Turkey over a gap price disputebetween Turkey and Iran, leaving Iran to pay USD 1.9 billion in compensation. In2012, Turkey sued Iran for overpricing on gas purchases during the four-year periodbetween 2011 and 2015. The two countries have also agreed on a 13.3 percentdiscount on gas prices delivered from Iran to Turkey.

Renewables to mark energy growth in next 25 years: IEA chief

The renewable energy sector will see the highest growth among all sectors in thenext 25 years, the head of the International Energy Agency (IEA) has said, whilewarning about a serious slowdown in the oil sector. “With the launch of ambitiousrenewable energy policies and the accompanying incentives by China and the U.S.,we expect the lowering trend in renewable energy costs to continue,” he noted

Many Japanese companies have recently set their sights on investing in the Aegeanprovince of Izmir, a region seen as the opening gate to European, Middle Easternand North African markets. Investing companies include Japanese food giant NipponHam, spare automotive parts manufacturer Denso Corp and Yanmar Corp, andJapan’s Sun Chemical, which has started a factory in the Aliağa district in a USD 30million investment. Inci Holding, one of the Aegean’s largest conglomerates, andJapan’s GS Yuasa Corp signed a deal to collaborate in research and development toco-produce car batteries.

Turkish Citizenship by Investment in 2019

As the leading Turkish law firm advising on global and Turkish citizenship and Turkish immigration law, we are pleased to offer our assistance to our foreign clients...

At Ketenci&Ketenci we regularly assist foreign corporations and investors to form new companies and branches in Turkey. Thanks to the Turkish Direct Foreign Investment...

The ever-increasing energy needs of a growing Turkish economy coupled with the environmentally damaging effects of fossil fuels has created a need for the development...

Turkish Citizenship with Investment Scheme from a Turkish Tax Perspective

According to the recently amended Regulation Regarding the Application of Turkish Citizenship Code, foreigners who qualify certain investment...

We are mainly based in Istanbul, though we provide advice and legal services to our respected corporate and private clients in all over Turkey, its close region as well as on a global...

The foreigners who possess certain conditions in accordance with the Law on Foreigners and International Protection may obtain residency permit in Turkey...

An increasing number of people from various parts of the world are moving to Turkey to start a new life, to work or even to find peace of mind for their retirements...

Petroleum as one of the energy resources has great importance in human lives. Almost every sector in an economy directly or indirectly depends on petroleum... 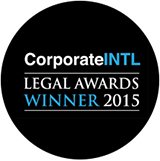